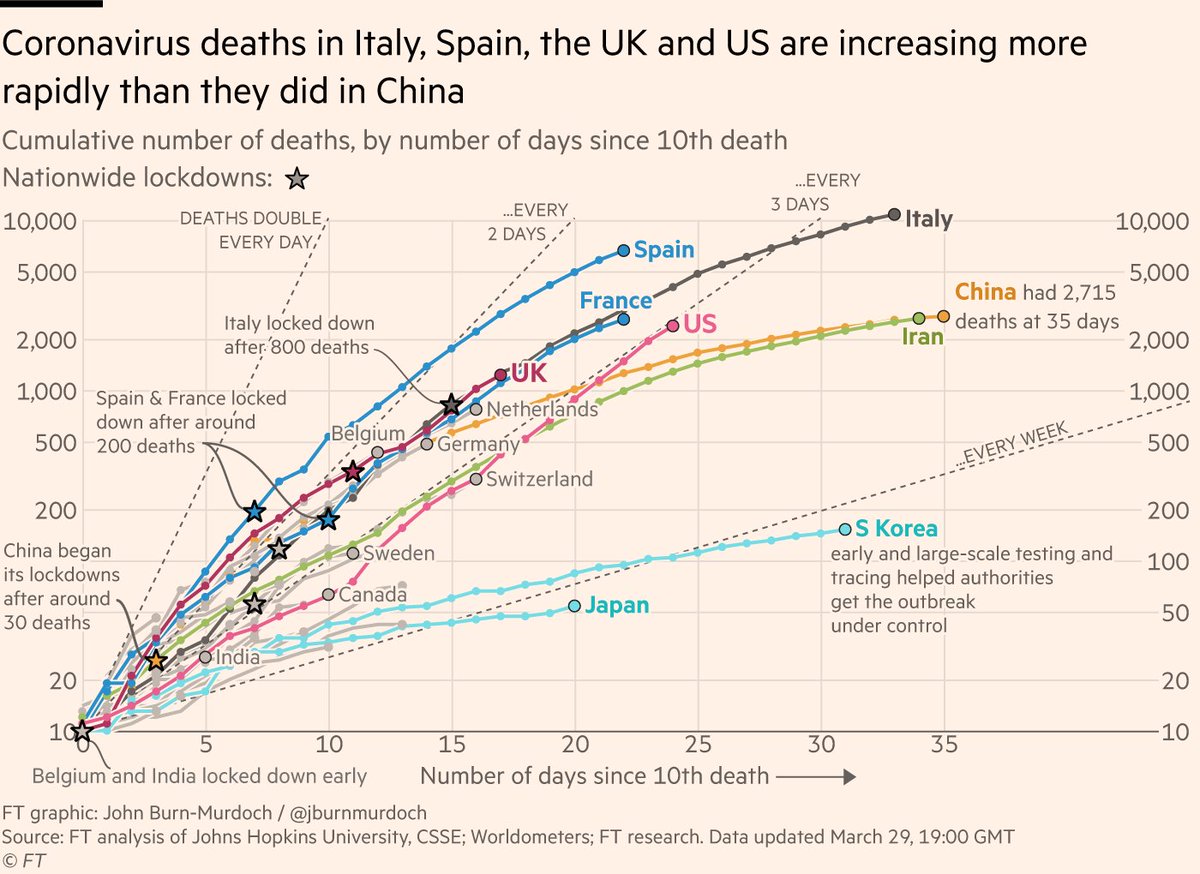 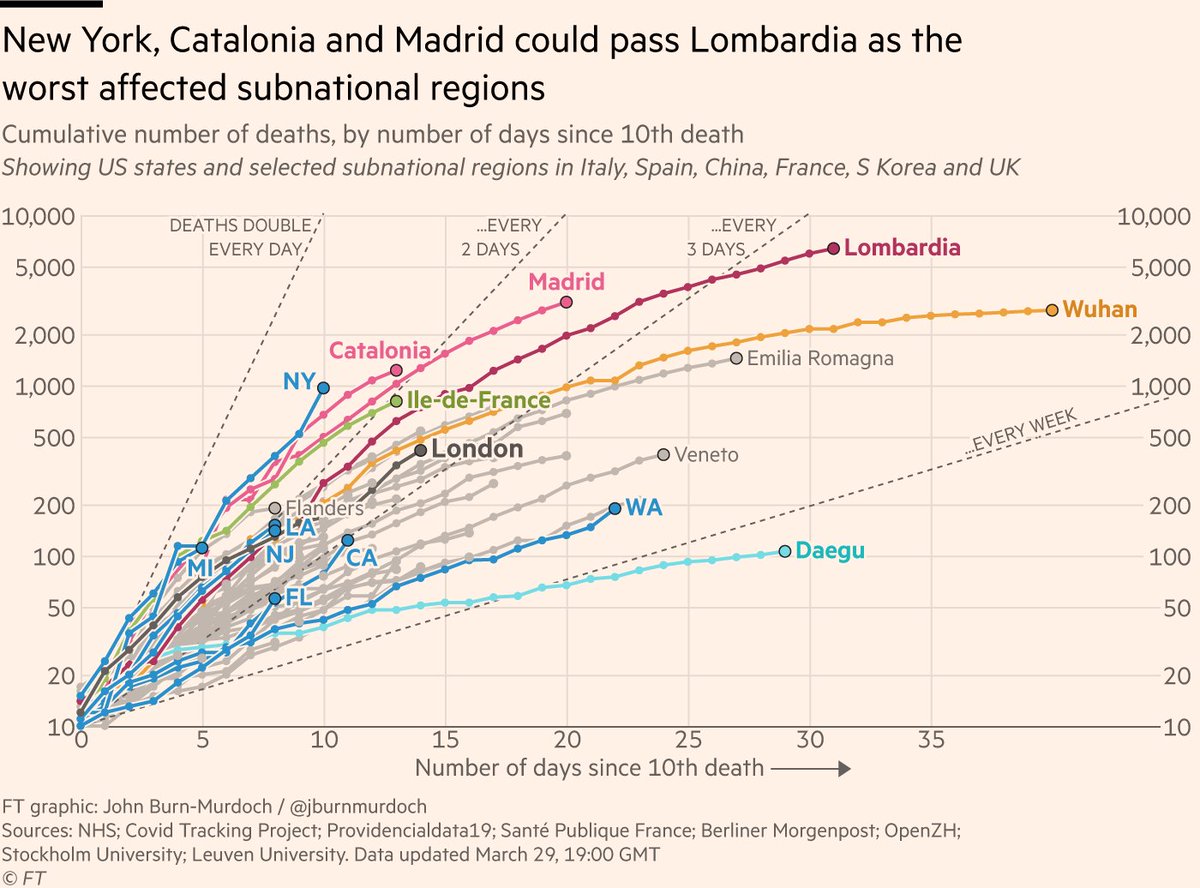 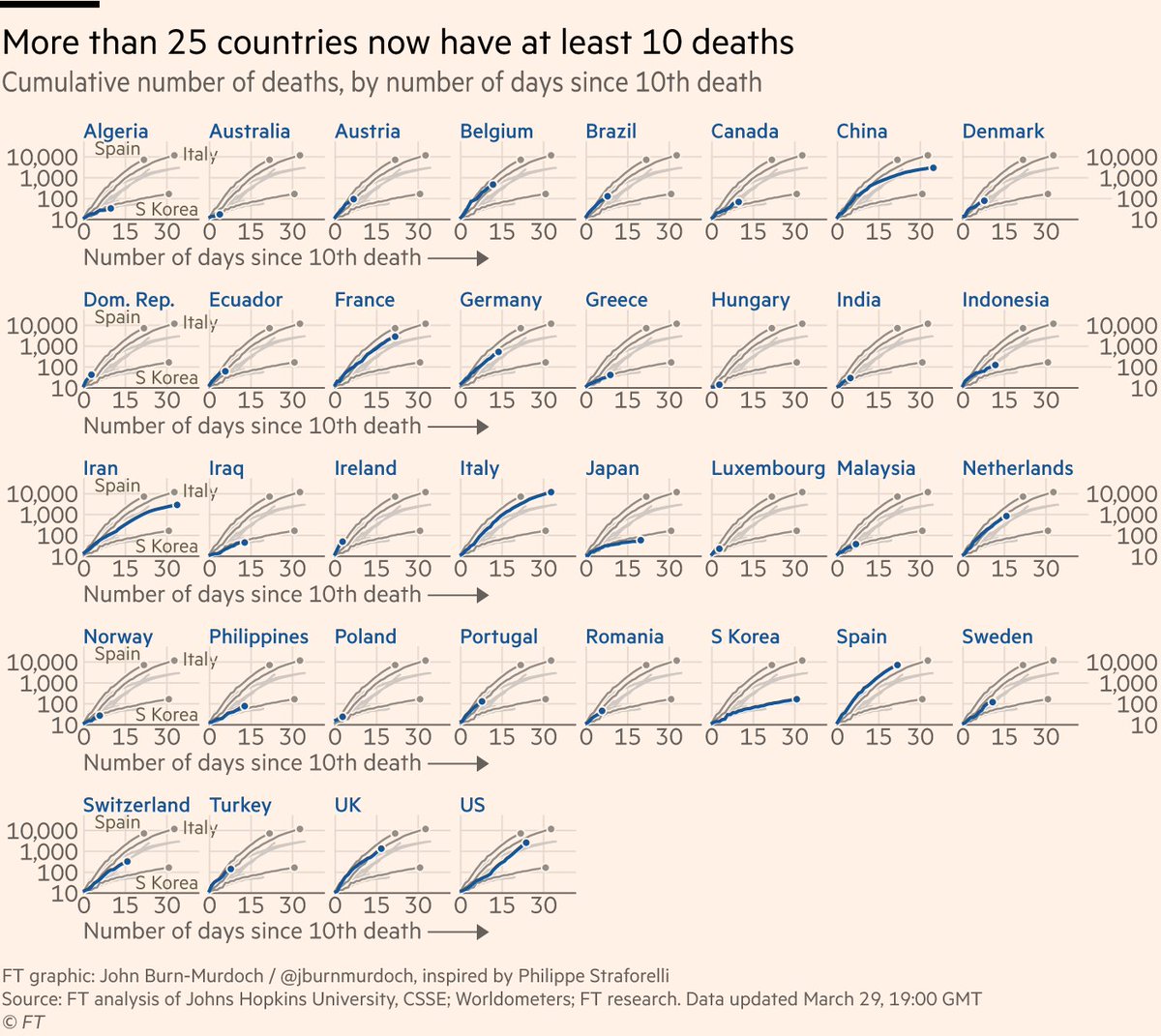 Story from @yuanfenyang & co on whether you can trust Chinese data: ft.com/content/4aa352… 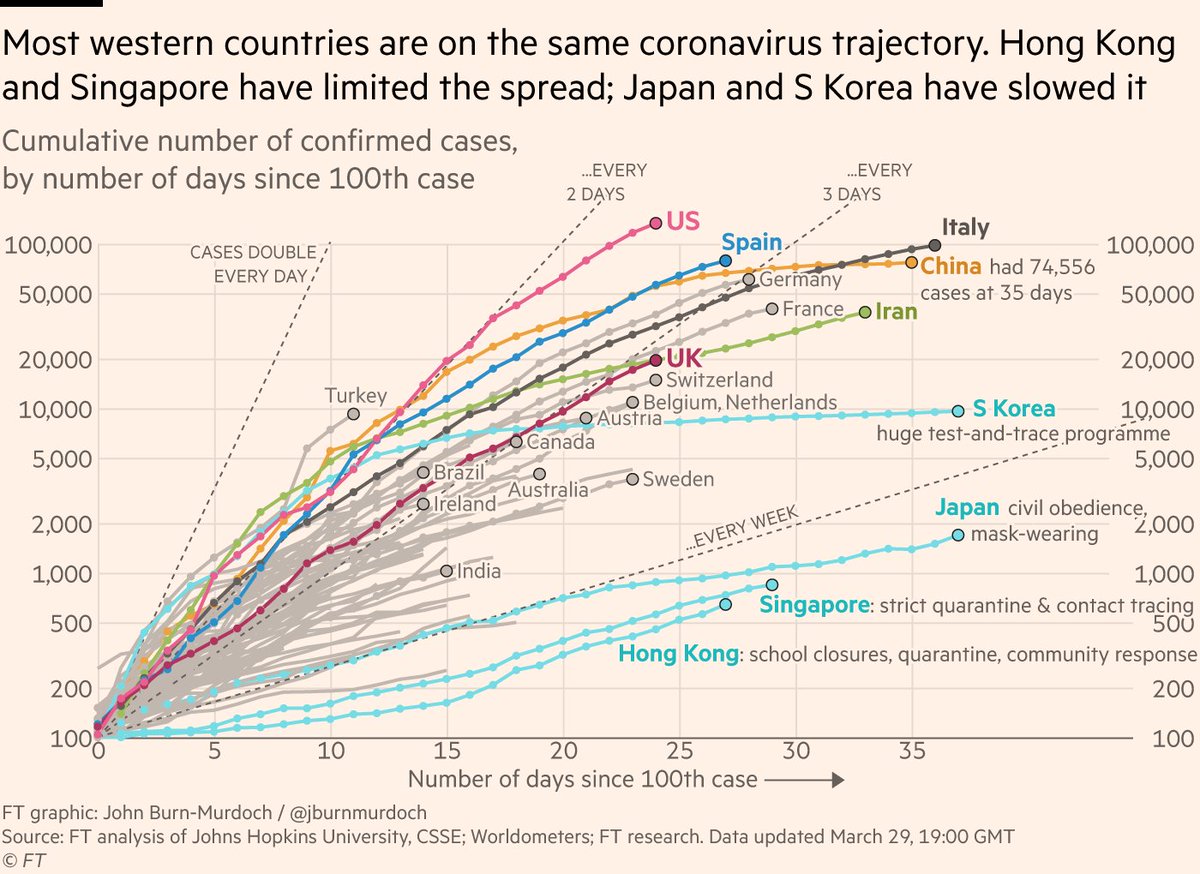 This chart now shows ALL countries with several days of data over 100 confirmed cases, so you can compare case trajectories in the US to the UAE or China to Chile. 70 countries shown. 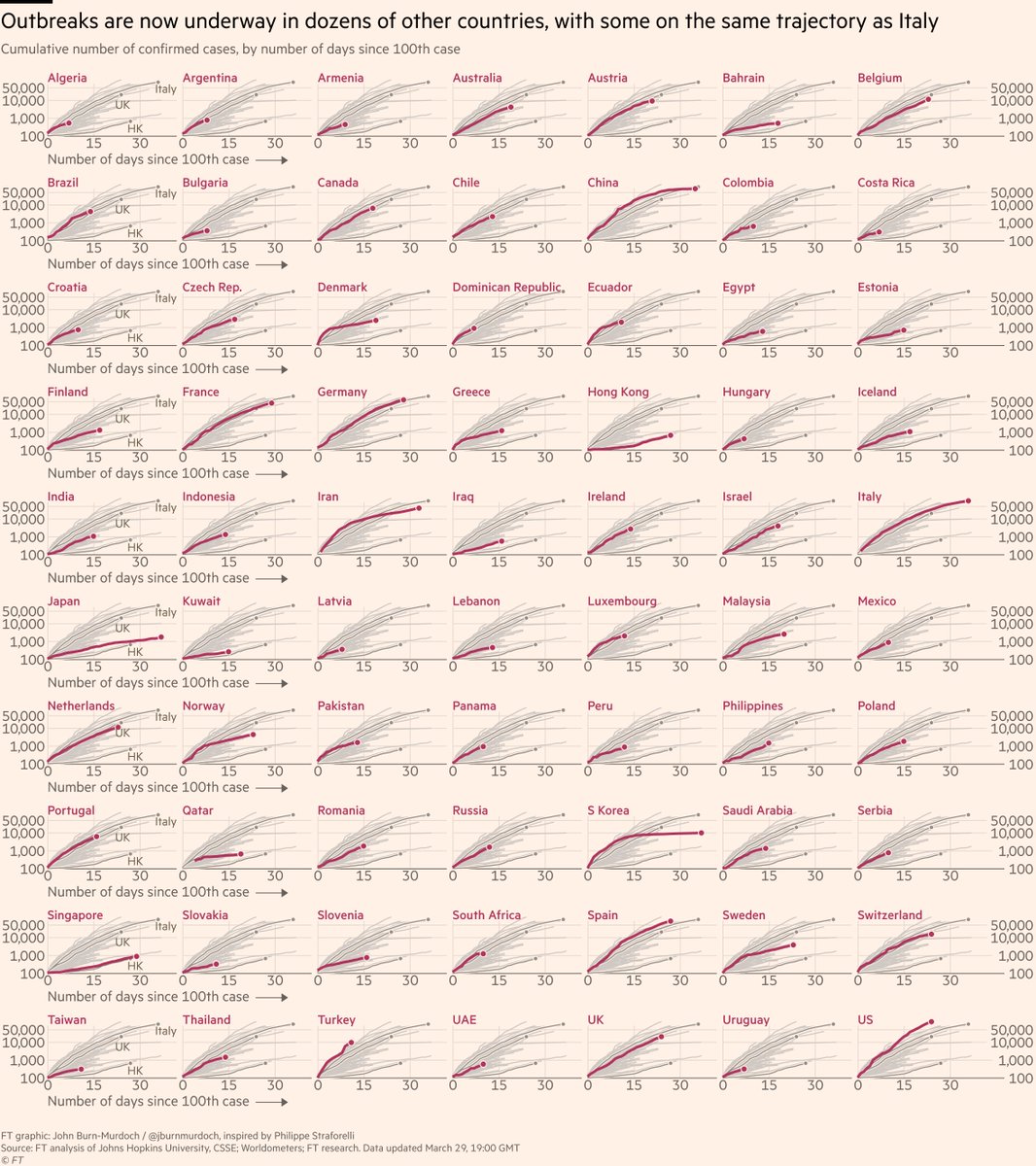 All of these are invaluable, and we continue to incorporate your suggestions and data every day.

I’ll keep getting back to as many people as possible.

Stay safe, one and all!
A quick chart for those who keep asking for per-capita adjustment:

As I’ve been saying, population does not affect pace of spread. All per-capita figures do is make smaller countries look worse.

And here’s the same for after 2 weeks. 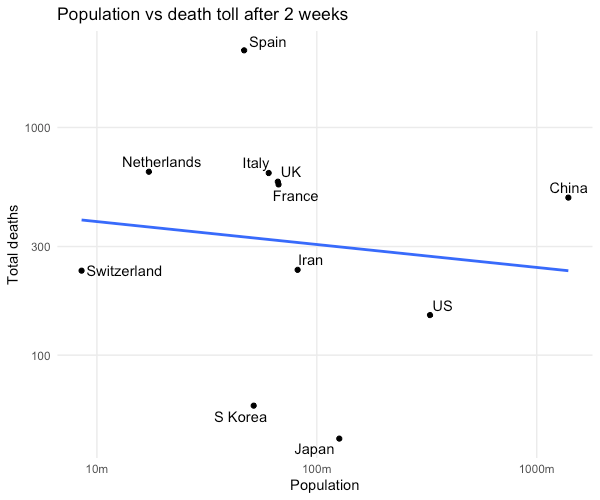 Plenty of things _indirectly related to population_ can make a difference:
• Pop density can increase rate of spread
• Countries with many major travel hubs may end up with multiple outbreaks

But pop alone is a bad thing to adjust for if wanting assess how bad an outbreak is.