We’re 7 months and a lot of learnings into how COVID works & in so many places, every lesson must be relearned. 1/
May, June, and July were months spent training southern governors on things they should have learned from April from NY. Confident & ignorant are a bad combination.

But the summer of confignorance reigned.

Cc: @Dictionarycom for a new word please. 2/
The governor of TX at first didn’t think masks were needed. Was sure businesses could open. Wouldn’t take input. Then he learned on the job. It took a while so Abbott started to pull back a bit.

Things flattened out a little. 3/
But he stopped enforcing mask orders. Ignored the border. Bragged about how well businesses are doing.

Because he’s studied the data.

Ah, no. Because he’s literal. And he hasn’t seen a problem in a schools yet.

Abbott has to learn himself. 6/
Next example is under the cover of darkness, HHS cut off CDC from releasing hospital data. People were suspicious but they made clear they had a better system.

That system is a week behind and can’t get it right. At least we’re paying a hand picked vendor! 7/ 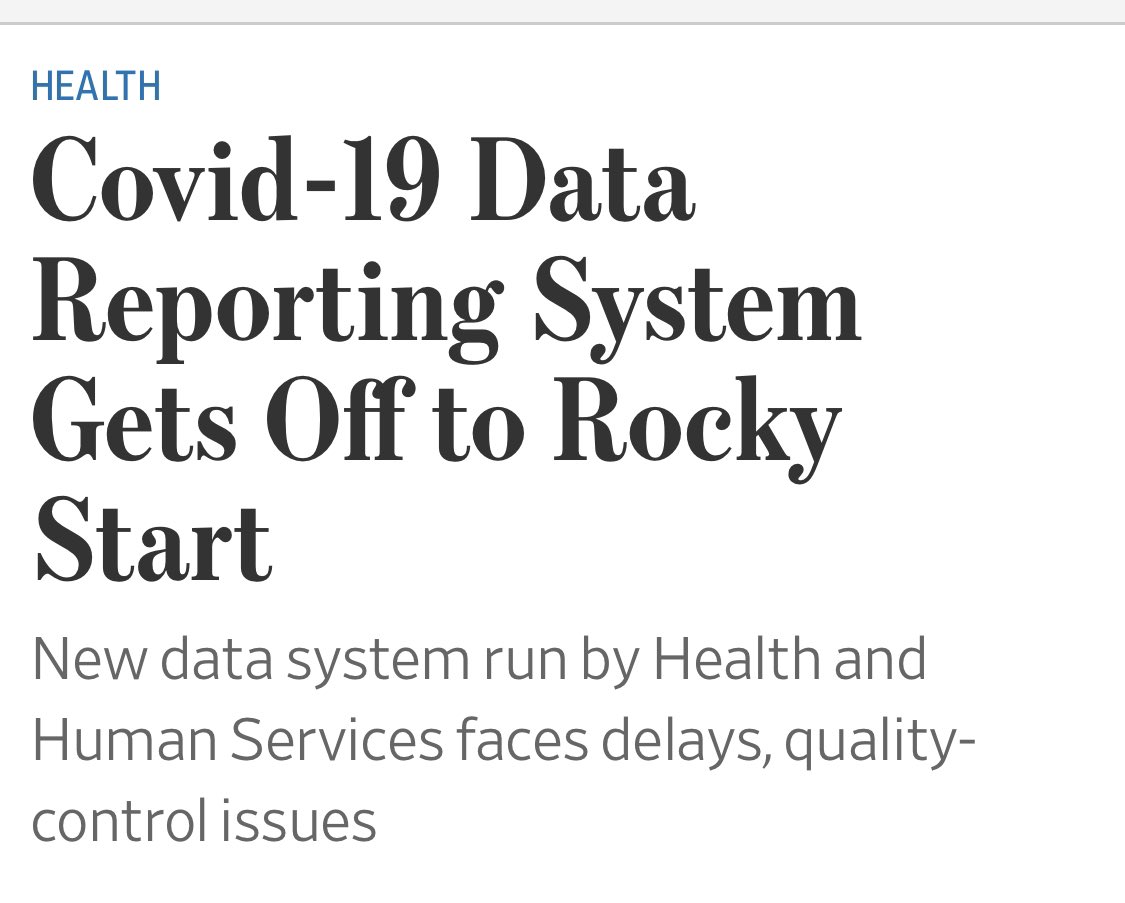 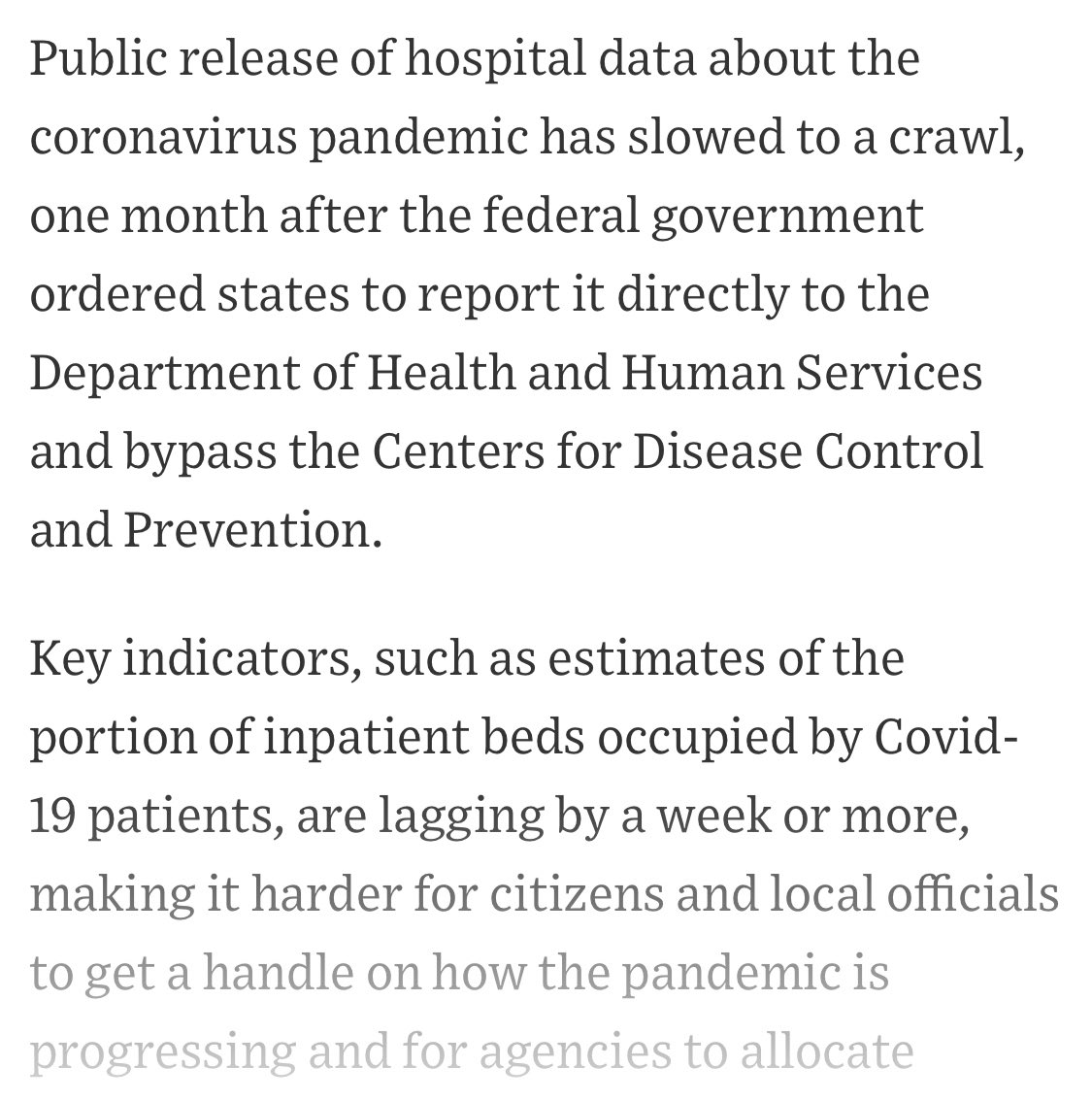 Why does everybody need to be an experiential learner?

At this point in the virus, maybe our elected officials & political appointees can learn to anticipate a bit better, or at all. Or learn from one another. 8/
But we still do it.

A lot of smart people have a theory that the reason the curve flattens in states after a month or so is because of underlying cross-immunity that people have.

I’ve shared but not endorsed that theory here. 9/
You know what this is called?

Is there data that could fit that pattern? Yes.

Is there also data that could disprove that? Yes. 10/
Yet in the White House and a number of states eager for quick fixes, they are talking not so quietly about why people don’t need to worry about strong NPIs like masks.

Because of this thing they don’t actually understand.

Policymakers don’t get hired to gamble with our lives. This is called asymptomatic risk.

The cost of being wrong is high. The benefit is being right is almost none (unless you count bragging on Twitter which is no small thing) 12/
As @ConnieSchultz said, you can’t make people undead. So avoid the unproven theories that just allow you to use citizens as guinea pigs. 13/
We are living in a time when you can pick your theory first and then go find some data that selectively supports it. 14/
As @SenSherrodBrown explains it here and on this episode with @ConnieSchultz that some politicians have stopped paying attention, have stopped listening & don’t care any more. 15/ twitter.com/lemonadamedia/…
People who run for office do it with a variety of motivations. Not enough of them thought through whether they would like to manage a global pandemic on their sure stepping stone to the presidency.

Turns out not all can. 16/
Politicians who don’t believe in government are a particular joy in a crisis.

Cut taxes can’t pay for a public health emergency. Billions more going to some trust fund inheritance doesn’t keep people from dying. 17/
The Republican Minnesota Senate has announced they are removing a Commissioner every 30 days (they don’t believe in the pandemic). Today the fired the Commish in charge of work place safety.

They say they will do this until the Governor ends the state of emergency in MN. 18/
A belief that government can’t do anything right is #CancelGovernment.

It’s quite a premise to run for office on. But what if you actually have to do something. 19/
“The deep state”— career civil servants— are the opposite. Deep experts, committed to the public, who prepare for critical scenarios.

If the no nothing politicians spend all their time cutting budgets & demeaning them, it’s no surprise when their unprepared to do anything. 20/
When there’s a situation like a global pandemic and so many aren’t up for the job, I propose letting these leaders out of their jobs.

At the first sign of insufficient attention to human life. Or inability to muster a basic response. 21/
Maybe when we vote in the future, we’ll put competency, accountability, decency & a commitment to making government work higher on the list.

Working around some of these people is getting old. Retiring them will be better. /end
I’ve typed the word asymptomatic so many times that asymmetric corrects to it.