For now, health is nothing but politics. 1/
When the pandemic started many of us tried to adopt the adage of politics ending at the shoreline.

Some of us knew that small fractures would create problems. So we bravely said let’s put politics aside. 2/
I had this conversation with @PreetBharara where in effect I said: I’m willing to roll up my sleeves and work with the Administration to save any life possible. And I did. I don’t regret that. 3/
I also said to @PreetBharara something like “we may not like him but the president doesn’t want people to die.”

Here’s what I got wrong. He may not want people to die. But he also doesn’t care either way. And if saving lives gets in the way of his agenda, he puts himself first.4
Politics is about priorities.

5/
These were Trump’s decisions.

6/
There are good people. But where we are today are federal officials more neutered, advisors more ignorant & experts more muzzled than ever.

The FDA and the CDC have had their standards stripped.

7/
In this Administration, empathy is seen as weakness. And all decisions can only be made with in person in mind. 8/
Let me try this Trump style. 9/
WAKE UP. 10S OF THOUSANDS OF PEOPLE ARE SLATED TO DIE IN THE NEXT FEW MONTHS.

1. We must still save every life we can.

To the embarrassing Twitter “truthers”, all the talk about how important schools are & herd immunity & every other rationalization, you are just writing people off. 12/
Governors, mayors, testing companies, schools, Congress (on a prayer), profiteers, landlords/- these are the people we must press. We just have to do what the president won’t wherever & whenever possible.

The answer that we must just wait for the election won’t suffice. 13/
2. Part 2 is overtly political.

Whatever your politics, if you want to stem the greatest death toll we have ever witnessed, you vote for @JoeBiden. 14/
If you are a socialist, if you are a libertarian, if you are completely a political, if you are a neo-con, if you are a bro-liberal, if you’re for the pot party or the Independence Party...

I would have voted for Joe any way.

I would have voted for my dog Brodie over Trump and he’s been working on the same bone for like 2 months. 16/ 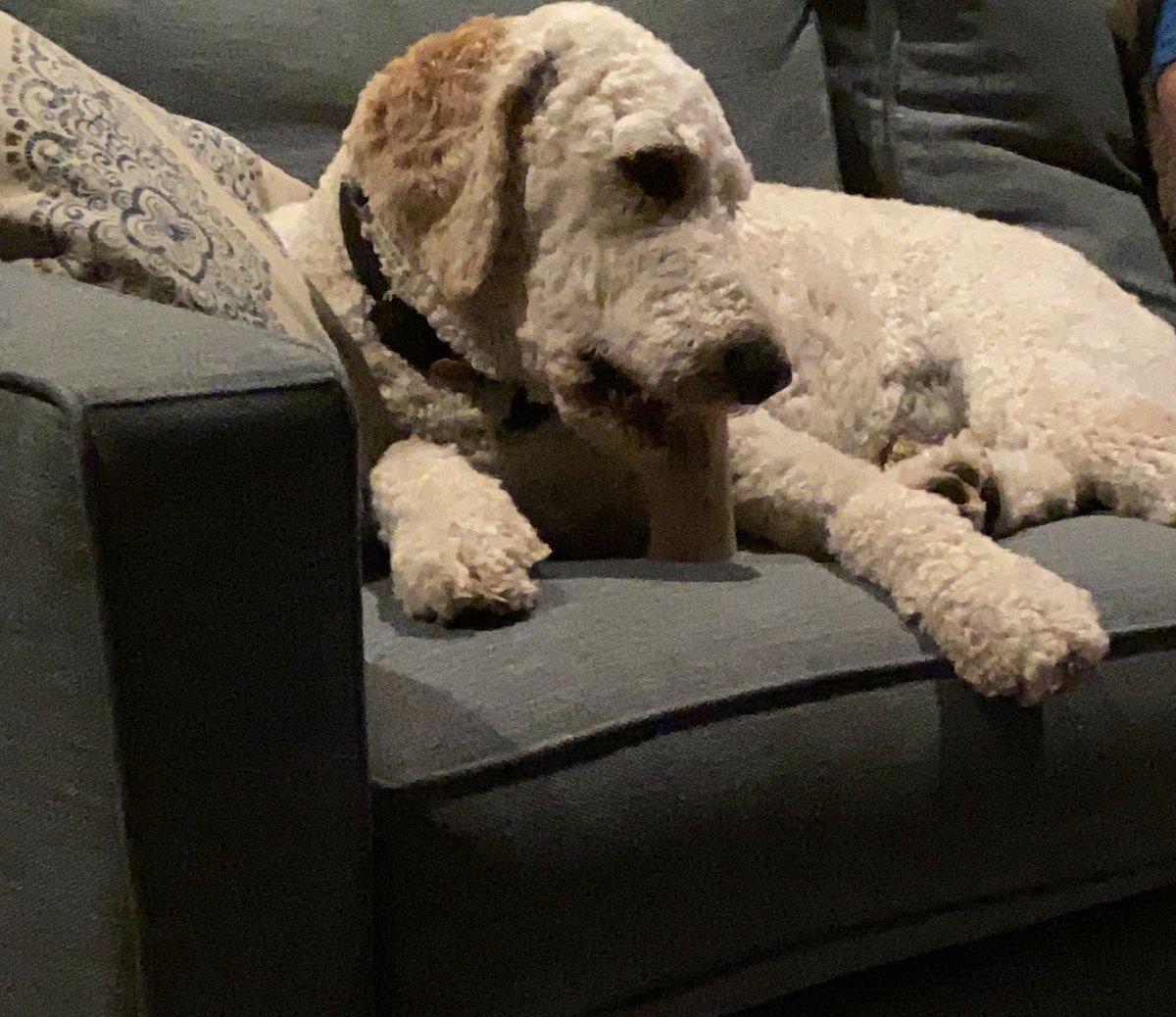 Brodie is not enough any more. We need competency & compassion. We need @JoeBiden for this moment. 17/
I know the man & he’s made for moments like these. He gets done what he says he will. He sticks his neck out for people.

The knock on Joe compared to Obama who had ice in his veins was that he had too much heart. His relationships mattered. But Obama loved & relies on that. 18/
This Twitter thread will convince exactly no one to change their vote.

People voting with the strength to pull out a truck deeply in a ditch. All holding on to the truck or each other and pulling all at once. 20/
Pulling so hard that when the truck comes out of the ditch it seemed like it was stuck in, it comes all the way out. So far we almost laugh we are falling backwards from the effort.

We see each other and realize we needed every one of us to do the pulling. 21/
The people who we called. The people who we helped register. The doors we knocked or virtually knocked. The savings we spent. The things we missed.

It will take all that work & all those people. Not an ounce less. 22/
Trump won’t go down easily. He will cheat. He has already. He will lie. He will cast doubt. The media is addicted to him. They will tighten the race. Electoral college, voting sites, mail, chads, Russians, Facebook, all of it. 23/
When I’ve led major turnarounds, people know my philosophy was simple.

If it’s important, do everything. We can’t afford to have the one thing you don’t do be the thing that would have mattered.

So do everything. 24/
It’s shameful that it will take politics to save people. That Trump lacks the humanity that exists in almost every living thing.

But since it is what it is, politics is the game you must play to win. /end