It all comes down to classic fascist ideology. 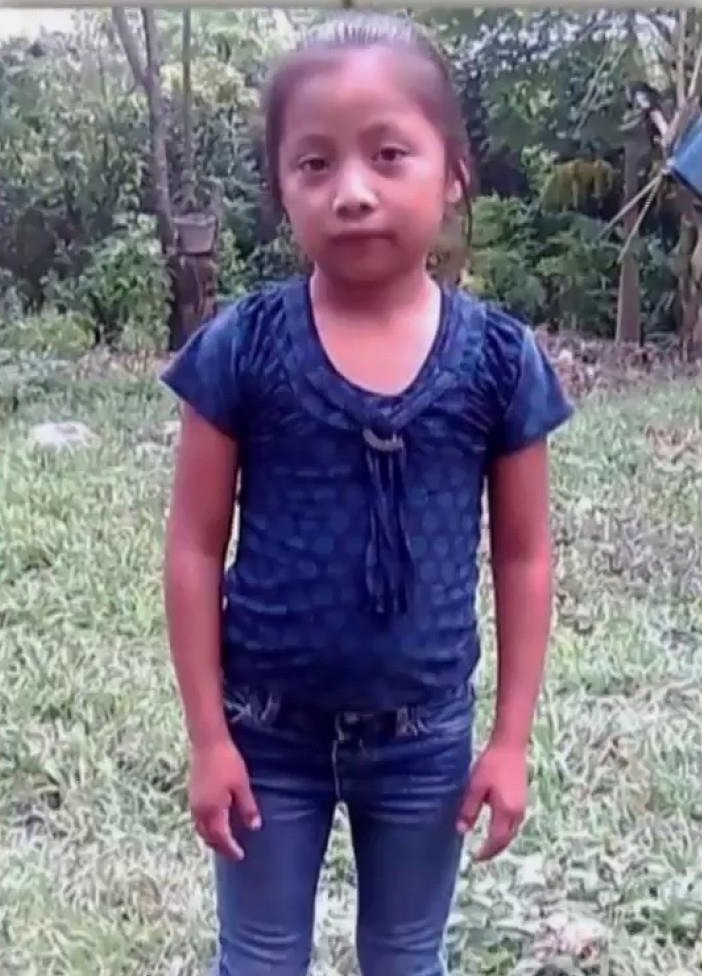 1/ In their article “Authoritarianism is not a Momentary Madness” in this volume 👇 Stenner and Haidt explain that "normative threat" is a perceived threat, even though there have been no hostile acts or outward reasons for fear. 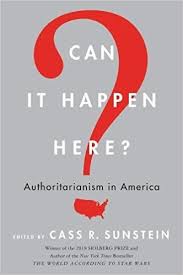 For more on the difference between authoritarians and conservatives, see:
twitter.com/Teri_Kanefield…

Authoritarians have a bias against "others"
3/ "Others" include racial and ethnic outgroups, immigrants and refugees, ‘deviants,’” etc.

This is because they are naturally averse to complexity.

When faced with a normative threat, they become fearful and angry. They can become cruel, and tolerate cruelty to others.
4/ Trump announced his presidency by trying to create a normative threat against Mexicans (and Americans of Mexican descent).

He has worked hard to turn the migrants into a normative threat.

A fascist leader exploits the fact that a certain percentage of people. . . 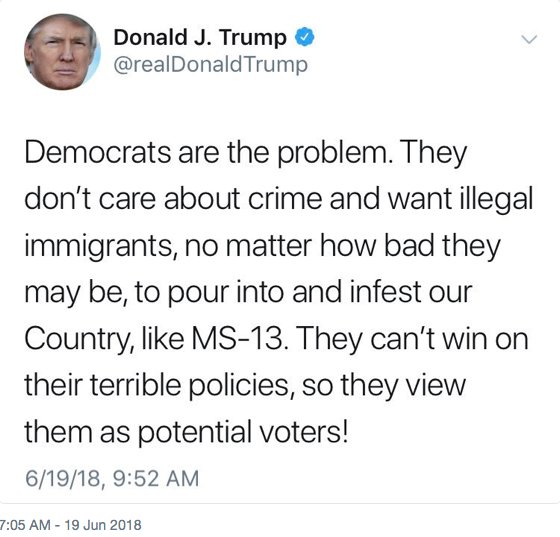 5/ . . are hardwired to have strong emotional responses to normative threats.

The purpose of representative government is to better the lives of the people.

The purpose of a fascist government, on the other hand, is to maintain a hierarchy with the leader at the top.
6/ The leader does this by promising to protect the citizens from the enemies who are coming to corrupt them, in this case, the migrants.

The leader tells the people: They are evil! They are coming here to corrupt the purity of our nation! WE are the victims!
7/ A hallmark of fascism is the fascists see themselves as victims and blame the people who are subject to their cruelty.👇

When the child dies at the border, the fascists leaders blame the death on the girl’s parents.

In the twisted world view of fascism, this makes sense. 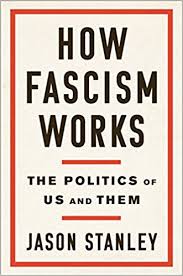 8/ The cruelty serves another purpose:

It keeps everyone else (those not caught up in an authoritarian dynamic)
off balance.

People are reeling.
They are outraged. They know it isn’t normal.

They don’t know what to do.
businessinsider.com/nielsen-dhs-bl…
9/ Meanwhile, other members of the far right wing are delighted to see the liberals reeling. While the liberals are outraged, they cheer and feel euphoric.

Then Trump tweets nonsense, and everyone gets pulled into another round of outrage.
10/ Eventually people wear out and give up. That’s when fascism wins.

The constant drama also keeps people from focusing on TrumpRussia and Trump crimes.

Consider why “Her emails” sank deeply into the public consciousness even though HRC didn't commit an imprisonable offense.
11/ A simple lie is easier to communicate than a complicated truth.

That's why these crimes slide under the radar:
russia-investigation-summary.com/crimes/
Nobody can focus.

Putin perfected the technique for making crimes disappear:
Crowd the public sphere drama, nonsense, crisis and lies.
12/ People know the crimes are there, but they never sink all the way into the public consciousness.

They get lost in the spectacle.

What can we do?

Protest peacefully, organize for 2020 and don’t wear yourself out with the constant crisis and spectacle.
13/ When Abraham Lincoln was a young man, it was common for people (well, for white men, let’s be honest) to gather and talk politics.

They gathered to talk and argue in stores & public spaces.

Read this fabulous this passage from Goodwin’s TEAM OF RIVALS: 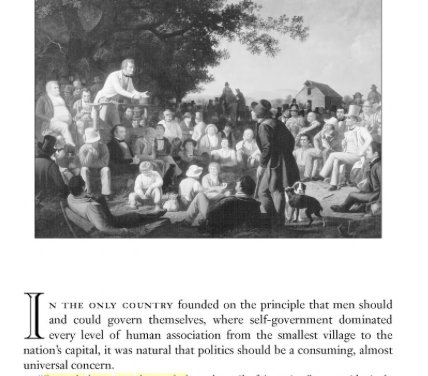 Consider how the Tea Party succeeded👇 Their tactics were simple.

They took control because they understood how to wield local political power.
nytimes.com/2017/01/02/opi…
They organized locally.
15/ They focussed on their own representatives. They stuck together.
They succeeded, not because they adopted undemocratic positions (which they did) but because they organized locally and stayed on message.
nytimes.com/2017/01/02/opi…
16/ In the 2016 and 2018 elections, I volunteered with Promote & Protect the vote orgs in CA and NV.

Does your state have a good Promote and Protect the Vote organization? I know of a few states that could use one.
protectthevote.net
We need to channel our outrage.
I am adding this tweet to the thread. It's also what Yale Prof. Timothy Snyder suggests.

This idea works on many levels. It keeps us grounded in community. We don't feel as helplessly glued to the spectacle, and it overlaps with "organize locally."