So Roger Stone had a bit of a tantrum yesterday. He’s angry because he was assigned to a judge he doesn’t want.

What’s really happening is that Rule of Law colliding with Cult of Leadership.
time.com/5532193/roger-…
1/ The court rules require the prosecutor, when filing an indictment, to notify the clerk if there’s a “related” case pending before the court.

Related cases are then assigned to the same judge for “case management and efficiency.” 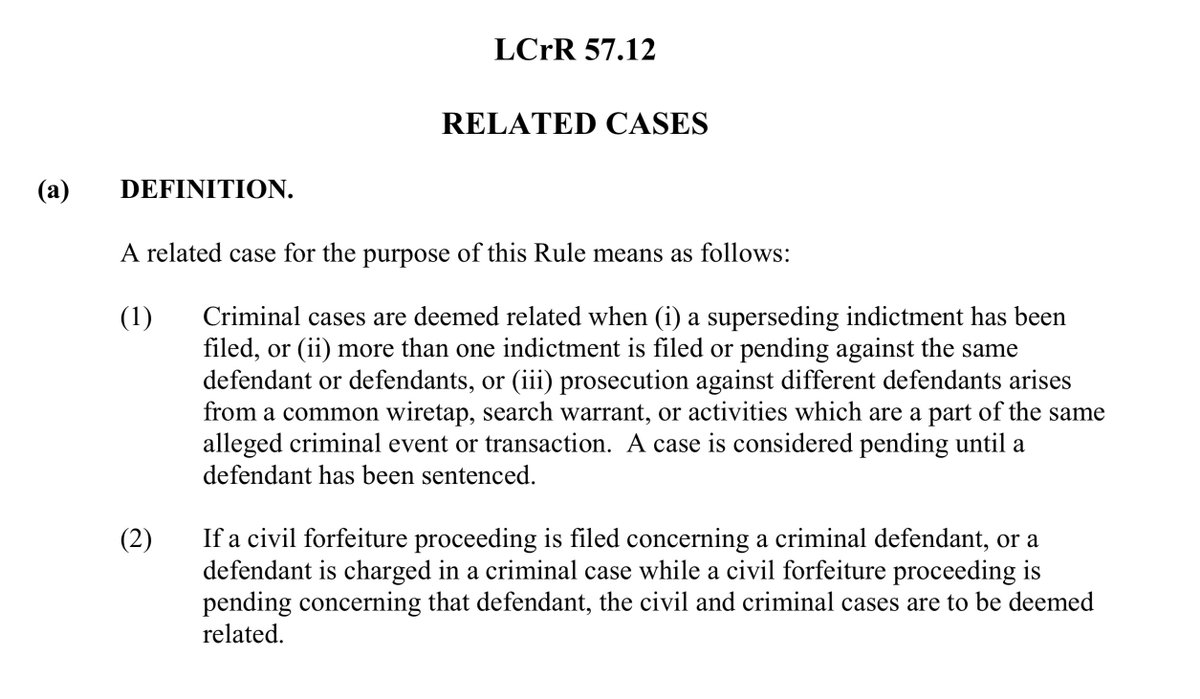 2/ One way two cases can be related is if the evidence comes from the same wiretaps or search warrant.

justice.gov/file/1080281/d…
3/ The Netyksho indictment alleged that Russian military officials hacked the DNC, the HRC campaign, and other democratic orgs.

It also alleges that the Russian hackers conspired with persons “known and unknown to the grand jury” to interfere with the 2016 presidential election.
4/ justice.gov/file/1080281/d…
All the defendants in the Netyksho case are employed by Russian intelligence(GRU).

To begin with, Stone didn't want his case designated as "related" to the Russian hacking case.
5/ Judge Amy Berman Jackson is the judge in the Netyksho case. She's also the judge in Manafort’s case.

She made it clear that she’s not sympathetic to people who conspired with Russians. cnn.com/2019/02/15/pol…
He also didn't want Judge Jackson.
6/ She talked about a “Russia conspiracy” between Kilmink and Manafort (on Aug. 2, 2016) and found that Manafort deliberately lied “to shield his Russian conspirator.” cnn.com/2019/02/15/pol…
She then said this raises “legitimate questions about where [Manafort’s] loyalties lie.”
7/ It's easy to see why Stone doesn’t want her for his judge.

He also doesn’t want his case designated as being “related” to the Russian GRU officials who hacked the DNC, etc.

So he filed this doc, arguing that the cases are not related: assets.documentcloud.org/documents/5732…
8/ He pointed out that the indictment doesn't allege that he conspired with the Russians.

Moreover, he argues that his alleged crimes and the Russian hacking occurred a year apart, so the cases were “unlikely” to have arisen from the same wiretap or search warrant.
9/ Finally, he argued that his due process rights were violated when he was not randomly assigned to a judge.

“In particular,” SC says, “evidence in this case was found in accounts that were subject to search warrants executed in Netyksho.”
12/ Oops. In other words, Mueller’s search warrants into the Russian hackers turned up evidence about Stone.

Special Counsel also argues that the cases are related because Stone is accused of obstructing an investigation into the Russian Netyksho hacking.
13/ The court ruled against Stone👇 (h/t @ZoeTillman )

Stone then had his temper tantrum. He posted a picture of the judge with a crosshair in the background.

He accused her of running a “show trial” on behalf of “Deep State Hitman” Mueller. (link in the next tweet) 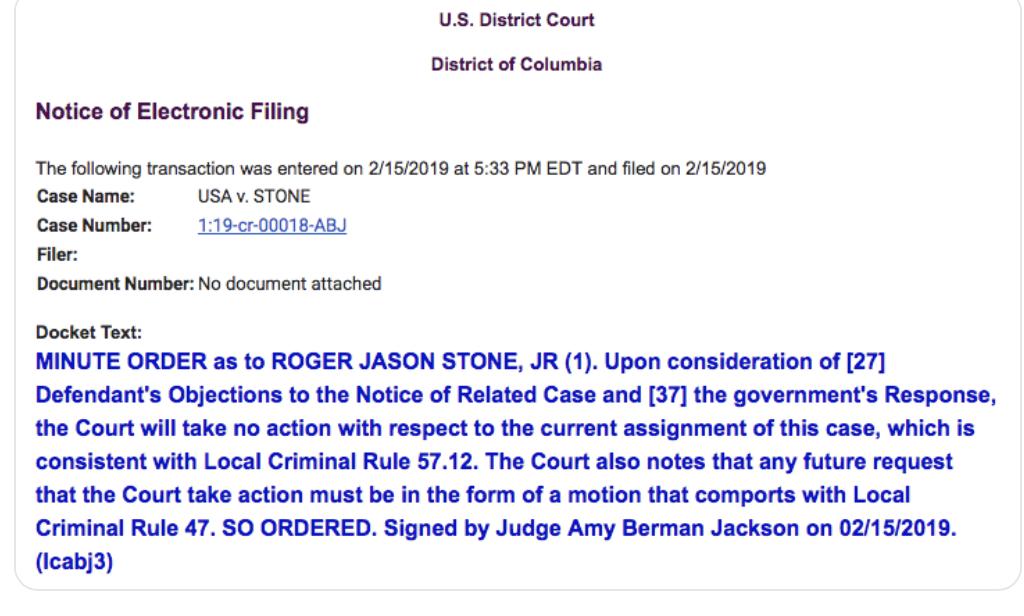 14/ nbcnews.com/politics/polit…
Then he deleted the photo, and his lawyers filed an apology with the court.
assets.documentcloud.org/documents/5743…

But—like Flynn and Papadopoulous—Stone isn’t giving up his version of reality.
15/ Watching Stone’s version of reality (its a “show trial” put on by deep state hitmen) collide with truth reminds me of that remarkable exchange in the McCabe 60 Minute interview.

After Comey was fired, McCabe was summoned to a meeting with Trump.
cbsnews.com/news/andrew-mc…
16/ Trump offered a “gleeful” description of what happened with the firing of Comey. He said people at the FBI were happy he fired Comey because they didn’t like him or support him.

McCabe knew this wasn't true.
He also knew Trump expected him to "adopt" this falsehood.
17/ McCabe refused. He said, “No sir. That’s not true . . . ”

McCabe knew that he’d “given him the wrong answer” and that he’d soon lose his job because of it, but he wasn't willing to lie to keep his job.

This fits with what we know of Trump.