The text:
"We’re here to make our voices heard.
This is democracy at work.
If you’re like me, perhaps, in the past, you took American democracy a little bit for granted. . .
1/ Some of us assumed that without us having to do much, our form of government would outlive us and be here for the next generation.

Yes Donald Trump is a lawbreaker.
He’s also a political reactionary who wants to take America back to a time. . . .
2/
💠Before the Civil Rights movement
💠Before the women’s movement
💠Before the New Deal (which gave us social security, minimum wage, the GI bill & other protective legislation that moved people from poverty into the middle class.)
💠Back to a time when white men. . . .
3/ . . could do whatever they pleased. They could grab land. They could grab women.
💠Back to the age of Robber Barons, before regulatory agencies, when cheaters could launder money and manipulate markets.

What’s stopping them from taking us back?
All the laws and regulations and protective agencies put in place since age of Robber Barons.
To take us back, they need to destroy those laws and agencies. . .
5/ . . . which they call the political establishment or deep state.

Trump campaigned for president on a promise to destroy the political establishment.
6/ When Trump breaks laws and lies his fans cheer because they know the lies and lawbreaking are destructive.

Part of the problem is that we have a lawbreaking president.

The other part is that our lawbreaking president being shielded by a major political party.
7. If not for the GOP shielding him, I have no doubt he would have been removed from office already.

To make a lasting change, we all need to own our democracy & take constructive steps to strengthen the institutions. . .
9/ . .that are currently being battered by the human wrecking ball in the White House and the major political party supporting him.

Between now and November 2020, there's a lot of work to do:
💠Register voters
💠Get involved with your local elections to make sure they are fair.
10/
💠We need good community organizers. If you’re not a good organizer, find someone who is, and get that person busy.

Let me give you an example of what good community organizing can do. Have you noticed on that election days when polls are closed . . .
11/ or there are ridiculously long lines, it always seems to happen in heavily Democratic areas?

Outrage and anger isn’t going to help—but a good organization can send a fleet of drivers to take voters to the polls or take water and refreshments to people stuck in long lines.
12/ Let me give you another example:

Suppose at the last minute, a Republican-held state suddenly changes their voting laws and requires a certain I.D. for people to vote. This regulation will fall more heavily on lower income communities.
13/ A good organization can mobilize resources to get identification to people who need it.

The Tea Party succeeded in part because they organized locally and put pressure on local representatives and officials. They took action.
14/ Volunteering will not only help save our democracy—it can also save your sanity.

Here’s what I mean by that. Volunteering and working in constructive ways can lift you out of the exhausting daily news cycle.
15/ Trump’s game is to keep his critics spinning with outrage.

If you’re spinning with outrage, you can’t plan or march forward.

And we need to keep marching forward. That’s why we’re here today. 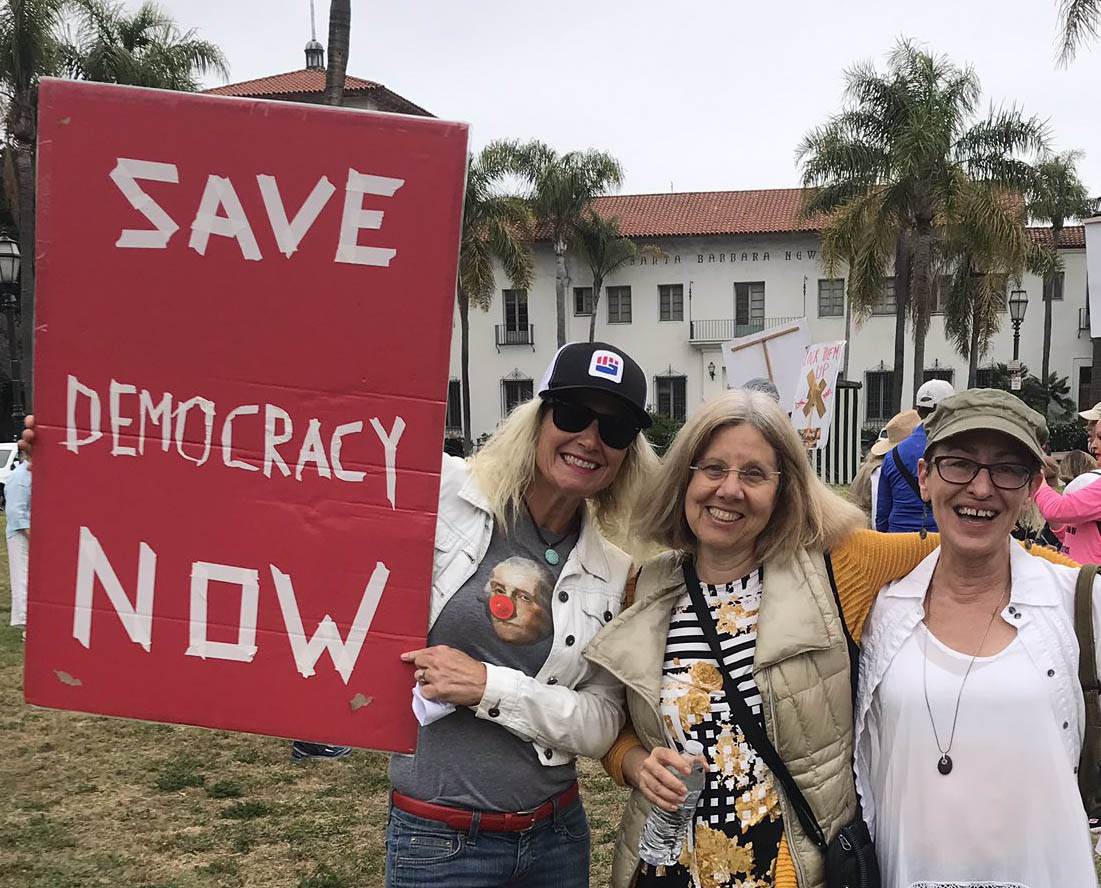 Or maybe entitlement: We inherited it so it's ours without each generation having to do the work again. twitter.com/JVSylvester/st…