When Trump talks about ICE raids at the same time he announces his plans for re-election, you might think he is trying to excite his base for the new campaign.

I suggest he another motives as well.
twitter.com/maddow/status/…
1/ Trump also seeks—among other things—to enrage his critics.

Dear Liberals & Democrats: Remember that Trump WANTS to enrage you. He’s trying hard. And he isn’t afraid to resort to cruelty to do it.

That simple truth (he's trying to make you mad) isn't intuitive.
2/ Each time Trump does something outrageous, he accomplishes 4 things:
💠He keeps his base excited.
💠He enrages his critics.
💠He batters democratic institutions, and
💠He fulfills his campaign promise, which was to "protect" his followers from their “enemies.”
3/ Notice that when Trump does something outrageous, he creates a self-fulfilling loop: The more outraged his critics get, the more euphoric his followers feel. (They thrill to the fight.)

Win-win for Trump.
4/ From Clint Watts, former U.S. government intelligence analysts: The point of Russian active measures in the U.S. wasn’t just to get Trump elected, it was to “undermine democracy, to make Americans lose confidence in our democratic institutions . . . “
pbs.org/newshour/show/…
5/ The more outraged his critics feel, the more they wear out and lose confidence in democracy.

Another win for Trump

I thought this was an astute observation: “He raises the fear level on purpose”
twitter.com/summer7570/sta…
6/ This was an email sent to Trump supporters👇

Angry outrage — with people lashing out at Trump — confirms for Trump supporters that Democrats are his enemies, and therefore their enemies, which increases the polarization.

Another win for Trump. 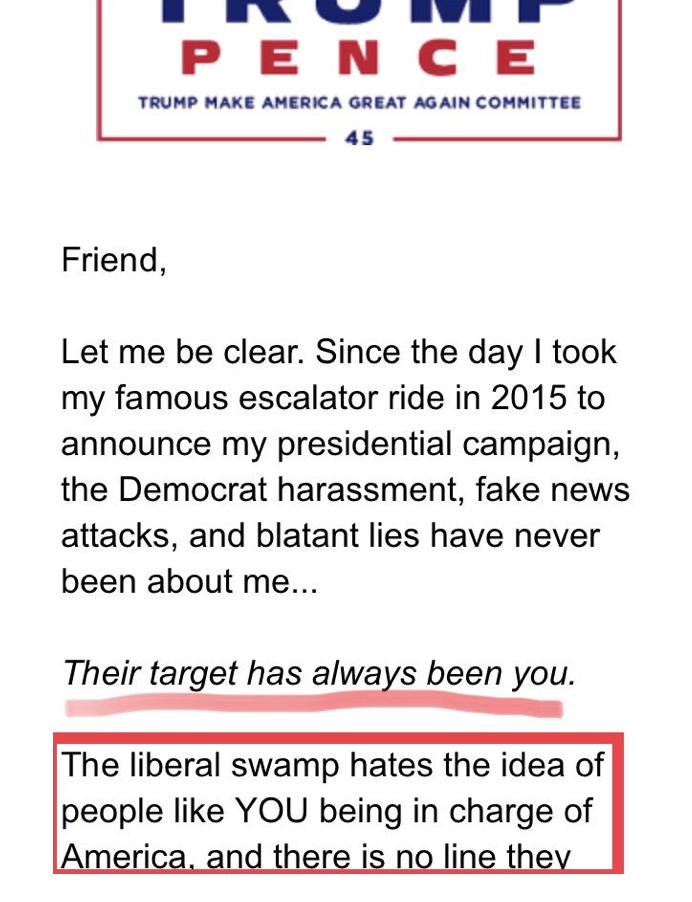 I suggest he has other motives as well.

Duh, right? I need an edit button.
7/ @JuliaDavisNews, who reports on Russian television, explains that the Russians despise Trump and all Americans—but they understand that the chaos and division Trump is causing is to their advantage.
twitter.com/JuliaDavisNews…

A win for Putin.
8/ This brings us to the Outrage Dilemma: How do we respond?

Our democracy is in trouble. That means right now it is fragile. What we do (or don’t do) can make a big difference.

For me, this means the best use of outrage and anger is to direct your energy in positive ways.
11/ If you find yourself so outraged and angry that you lose hope, step away from Twitter. Step away from the exhaustion of the daily news cycle and do something constructive. Pick anything off my list 👇

Do it for yourself—and democracy.
All of my threads are blog posts. You can view this one here: terikanefield-blog.com/the-uses-of-ou…