The deposition is here: documentcloud.org/documents/6542…

Here are my Over the Cliff Notes (the name for my impeachment cliff notes, per suggestion)
1/ Kent testified that Giuliani and pals were conducting a "campaign of slander" against Ambassador Yovanovitch and others.

Among the accusations leveled against Ambassador Yovanovitch was that she gave a “no prosecute” list to former Ukrainian prosecutor Lutsenko.
2/ Kent said he saw the list, and it’s a forgery.

It had one of his business cards (a card he used temporarily in 2015) attached.

The list was filled with misspellings. The nature of the misspellings indicated to him that the creator of the list was either Czech or Serbian.
3/ Pause to consider the situation: The personal lawyer for the United States president—who claims to be acting as a zealous advocate for his client (the president)—is conducting a “campaign of slander” against the U.S. Ambassador and the embassy.

4/ I talked about what this means in my latest NBC News Op Ed piece.

nbcnews.com/think/opinion/…
5/ Kent confirmed that the State Dept. reached out to Sean Hannity to find out if he had proof for his slanders of Yovanovich.

The official who reached out to Hannity—to the best of Kent’s recollection—was Ulrich Brechbuhl, but it could have been Assistant Secretary Reeker.
6/ Kent tried to get the State Department to counter the lies being spread by Giuliani and pals, but, in response, Reeker told Kent to "lower" his "profile in Ukraine."

Yovanovich testified that Sondland (one of the Three Amigos) advised Yovanovich how to respond to the lies.
7/ Ambassador Sondland told her she should tweet out a public statement that she supported President Trump.

She didn’t because she didn’t think it would be appropriate.

Kent corroborated this. He was copied on relevant emails, so he read it as it was happening.
8/ So the President’s lawyer attacks a U.S. embassy, and the response offered by one of the president’s officials is that she should declare personal loyalty to the president.

Scholar Magyar explains that mafia states are structured around families and loyalty.
9/ You can also see that kind of power structure here👇

Kent recalls a conversation with Ambassador Volker in which Volker said about the investigations, "Well, if there's nothing there, what does it matter?”

Kent explains why it matters. . . 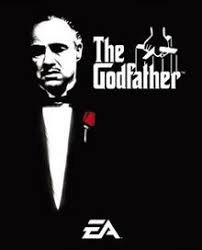 10/ Asking another country to investigate a prosecution for political reasons—Kent explained—undermines our advocacy of the rule of law.”

It also “goes against everything that we are trying to promote in post-Soviet states for the last 28 years.”
11/ Kent wrote a note to the file, noting that “the effort to initiate politically motivated prosecution that were injurious to the rule of law, both Ukraine and the U.S.”

He also said Trump wanted Zelenskyy to mention Clinton’s name when announcing the investigations.
12/ Note that Barr has been doing that here, doing Trump's bidding by targeting people who came forward to report Russia's attack on our election with criminal investigations.
nytimes.com/2019/10/24/us/…

Now Trump tried it in Ukraine.
13/ GOP questioning indicated the defenses they were trying out.

None of them worked well.

Kent testified that he personally saw nothing to indicate that security aid was withheld in order to coerce Ukraine to launch the investigation.
14/ GOP members seemed to think they (triumphantly) demonstrated “no quid pro quo.”

As Yovanovich explained, merely asking was enough to pressure a country as vulnerable and dependent on US good will.

And Kent explained several times that just asking was really bad.
15/ The GOP also tried: “look at Ukraine’s history of corruption! Isn't the US president entitled to be concerned about corruption?"

Kent talked about the programs in place for the US to help countries like Ukraine break free from the corrupt rule of Russian-style oligarchs.
16/They offer programs like Prosecutorial Development and Training to administer justice evenhandedly.

It ADDS to the corruption. (Do GOP members of Congress really not get this?)
17/ In another line of defense, the GOP members pointed out that some Ukrainians were not happy with Trump’s campaign, and they said negative things, so surely those in Trump World were justified in thinking Ukrainians were against them.

This led to a discussion of Manafort.
18/ Note to Trump's defense lawyers: It might not be smart to remind Americans that Manafort—in prison for lots of serious crimes—was Trump’s campaign manager and supported Putin's interests in Ukraine.

And that Manafort helped the guy who stole billions from the Ukrainians.
19/ Interesting tidbits:

💠A "top White House official" told Kent that “Sondland lies about conversations that occur in the Oval Office.”

💠Kent testified that Ambassador Sondland had a direct connection with Chief of Staff Mulvaney,” circumventing national security staff.
20/ This raises a question:

Is Sondland a liar?

Or is the White House setting Sondland up to be the fall guy because much of the testimony is in the form of “Sondland said that Trump said.”

Note to Sondland: Are you paying attention?
21/ This is my take as well. During my stint as a criminal defense trial attorney (mostly I did appeals) I saw clients like Sondland. twitter.com/FinchHaven/sta…
I'll never forget a memorable day sitting across the table from a man who said, "I knew I was pushing the envelope. . ."
22/ . . . but I had no idea I was violating 6 federal statutes."

My take: Sondland bought himself an ambassadorship because he wanted to be important. It was clear from the messages that he was having a great time. He had a direct line to the US President! He was Somebody . . .
23/ . . . He was in way over his head, but didn't know it.

He tried to hedge his testimony so he could stay on Trump's good side.

Then one day he woke up to the fact that he's in big trouble.
24/ If you want to see how Kent's testimony fits into the overall narrative, my notes are here: impeachment-trump.com

As a service, I made my notes public. (My IT Staff—my husband—magically transformed my notes into a website)

Typos are the fault of Keyboard Goblins.
All my threads are also blog posts. This one is here: terikanefield-blog.com/lies-and-corru…

So far I've done Over the Cliff notes for these depositions:
💠George Kent
💠Bill Taylor
💠Marie Yovanovitch
💠Kurt Volker, Sondland, and McKinley (folded into one thread)

I'll have Over the Cliff Notes for Fiona Hill by tomorrow.

🙏 and💕to people who included me on their lists👇

I've had my nose depositions, so I haven't been thanking each one.

I'll say thanks with the next Cliff Notes.
twitter.com/thekjohnston/s…
*nose in the depositions