Spoiler: It's all about race

In disseminating propaganda fabricated by Russian intelligence, Trump is taking steps to turn the U.S. into what Hungarian Scholar Bálint Magyar calls a Post-Communist Mafia State. twitter.com/JohnJHarwood/s…
1/ The GOP-Russia love affair has been evident for some time.

He was about to attend another when the Ukraine scandal exploded and he abruptly cancelled.
3/ Russia has been beckoning to America’s far right wing for decades, presenting Russia as the savior of white majority rule.

Russian money helped radicalize the NRA into an extremists group.
4/ Remember Paul Hasson, they guy who planned to mass murder liberals? I was struck by a phrase on page 3 of the Motion for his Pre-Trial Detention.
Hassen talked of “Looking to Russia with hopeful eyes . . .” scribd.com/document/40010…
5/ Katie Hopkins, with Ann Coulter sitting near her, says “Putin rocks.” She praises Russia as being “untouched by the myth of multiculturalism and deranged diversity.”
rt.com/uk/429777-kati…

Putin’s regime is built on homophobia and fear of those who are different.
6/ Remember that the idea of “equality for all” is fairly new.

Until the modern civil rights and women's rights movement, power was largely concentrated in the hands of white men.

The “again” in MAGA signals reactionary politics, and a desire to return to a bygone era.
7/ MAGA means take America back to the time when white men had almost unlimited personal liberty.

🎶Those were the days🎶

The GOP is lining up behind Trump partly from fear (he crushes anyone who opposes him). . .
9/ . . . and partly because they see growing diversity (and the Democratic party, which embraces that diversity) as an existential threat.

They prefer white-male-rule oligarchy, so they’re willing to let Trump turn the U.S. into a post-Soviet style mafia state.
10/ One thing notable in this WSJ account of Trump’s clash with Georgia Governor Kemp is that Trump insisted that Kemp appoint a person who declared loyalty to Trump and who defended Trump.
wsj.com/articles/georg… 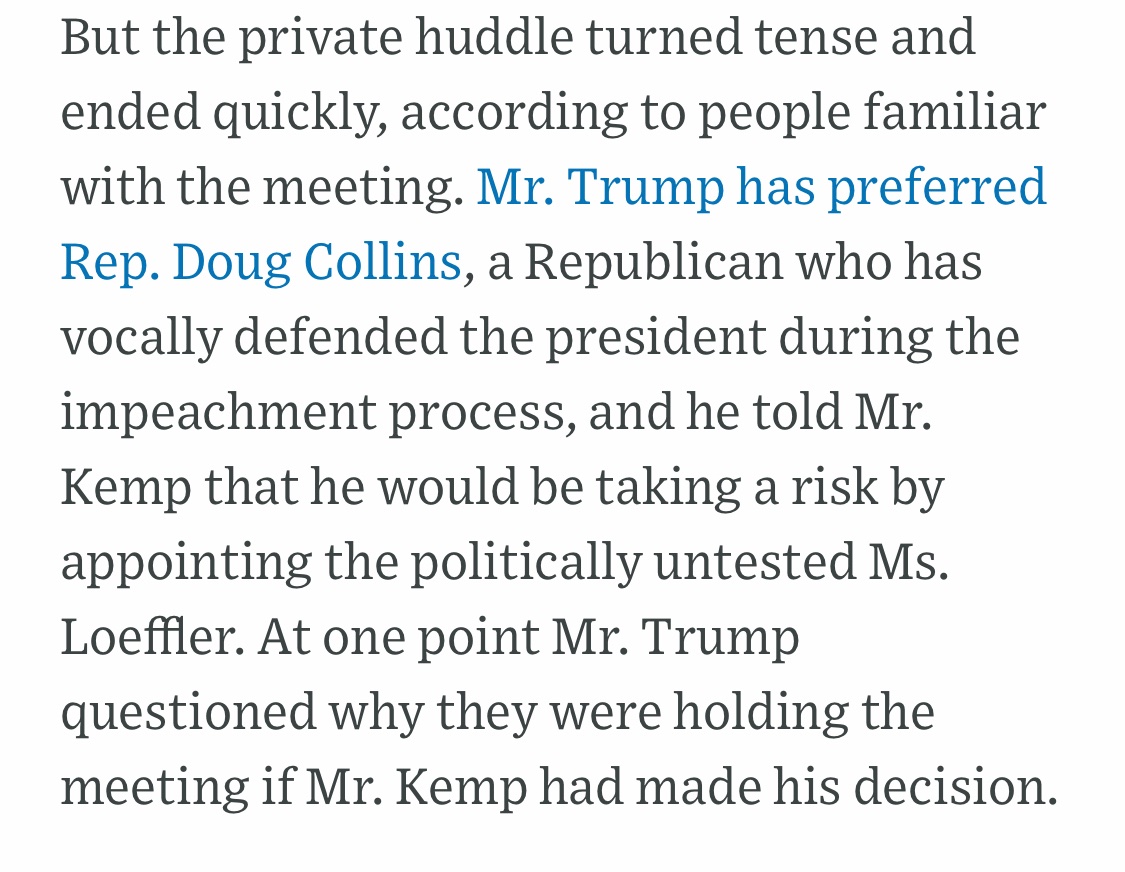 11/ A hallmark of post-Soviet mafia states is that the government is structured around family and ties of loyalty.

Also, the leader of a mafia state operates the government for his own personal benefit and wealth (so Trump is all in).
12/ I've been reading 👇and here's what strikes me.

The impeachments we've had so far also occurred in times when minority communities were seeking to assert their rights.

This is what caused division and anger in America.
Race. 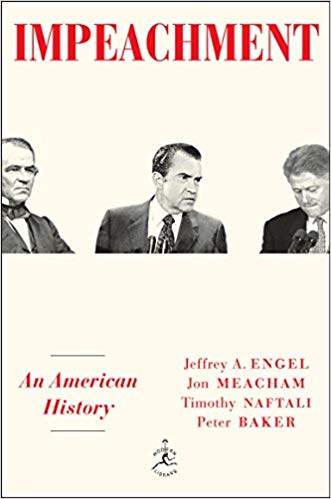 13/ Andrew Johnson was impeached because the Republicans were enraged by Johnson's openly white supremacist and pro-Confederacy views.

[That was when the GOP was the party of civil right and the Dems were pro-KKK. For more on platform shifting, see:
twitter.com/Teri_Kanefield… ]
14/ Basically Johnson supported the former Confederacy, undermined civil rights for the newly freed slaves, and used heated rhetoric indicated a willingness to see more bloodshed to protect Confederate rights and views.

The party of Lincoln called him an anti-American traitor.
15/ The problem is that the Confederacy was, actually, also American.

Since the Civil Rights and women's rights movement, the GOP has become more radicalized and desperate, seeing the growing diversity as an existential threat.
16/ Johnson embraced the Confederacy. Trump embraces Russia.

Because Russia is a mafia state in which the leader uses the levers of government for his own benefit, Trump's embrace of Putin's Russia IS anti-American and anti-Constitution.
17/ Magyar talks about the 3 stages of establishing autocracy.

Stage 1, the “autocratic attempt,” is when potential regime change from democracy to autocracy is still reversible.

Stage 2 is the “autocratic breakthrough.”

The final stage is autocracy, or a mafia state.
18/ We’re still in the reversible stage. Our institutions are holding out.

The GOP may continue to line up beyond Trump, preferring white rule oligarchy to the growing diversity represented by the Democratic Party.
19/ The demographics are on the side of the Democrats.

The GOP base is a shrinking minority.

The democratic coalition: Young urban professionals and intellectuals and minority communities, are an expanding majority.
20/ That's why the GOP is in a panic and adopting desperate measures.

The GOP may continue to line up beyond Trump, preferring white rule oligarchy to the growing diversity represented by the Democratic Party.

But the future belongs to the Democrats.
21/ Democracy will survive if enough people want it too.

This week I'm thankful to the people who do the work—who knock on doors, register voters, work the polls, and do whatever what they can.
Certainly. twitter.com/my2centsay/sta…

Let's take gerrymandering, which is one ways the GOP (a minority party) exerts power beyond its numbers.

Kathy asked 👇
They think they can hold power by cheating and stonewalling.
twitter.com/kathymulm/stat…
Cheating helps in close elections, but didn't prevent Democratic wins in 2018 and 2019.

My own volunteer time this year is in voter rights legal work.

Recent federal court rulings in Georgia, for example, may turn turn Georgia blue by getting rid of much of the cheating.
I believe I detect sarcasm here—and I must say, you're correct!

It is not just white / nonwhite.

It's also gender (including gay rights), and religion.

This is our 3rd slide into oligarchy. The 1st was slavery (power concentrated in the hands of a few wealthy Southerners). The 2nd was the age of robber barons.

"Democrat" as Trump uses the word means "anyone opposed to Trump."
@HC_Richardson A book takes me about 6 months to write. The publication process can take another year. twitter.com/LorenDRothman/…
On the other hand, I can write a thread in 45 minutes, and I make my TwitterKids happy.