Teri Kanefield
@Teri_Kanefield
If you wonder why Trump is conspiring with Putin and Mohammad Bin Salman to raise the price of oil on American consumers, recall that Putin's wealth is tied up in hydrocarbons. 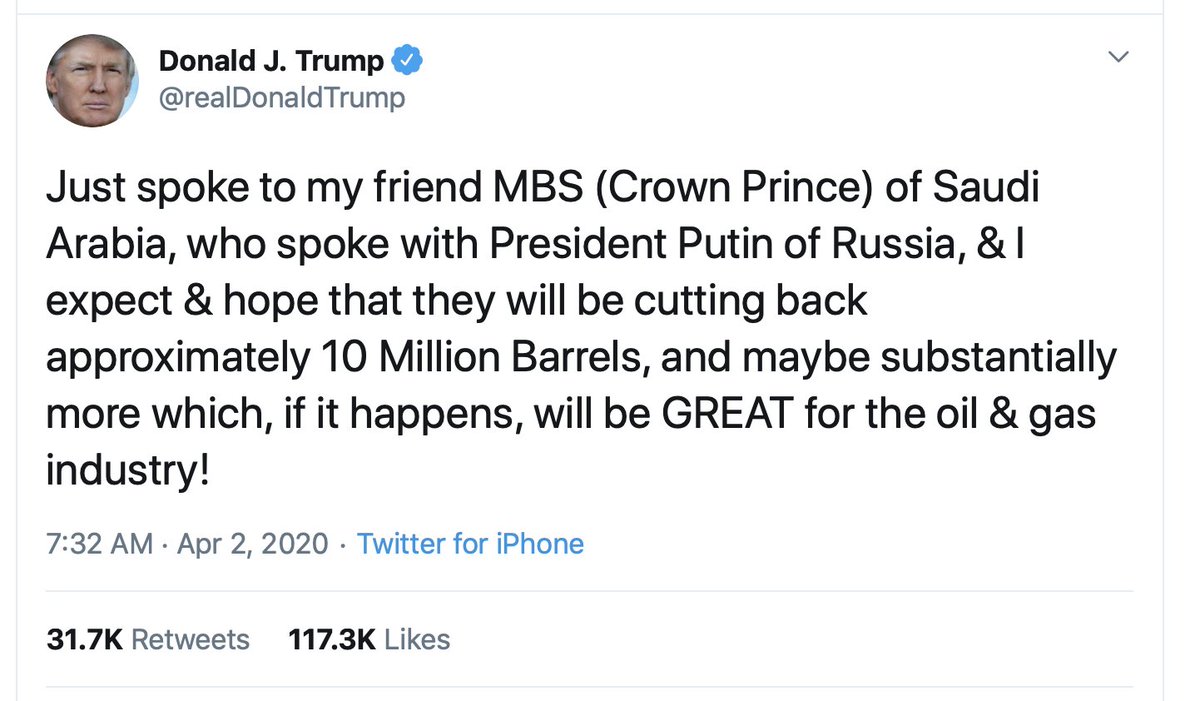 Trump and pals are engaging in what we might call a Firehose of Wrongdoings.

It's similar to the propaganda technique, aFirehose of Falsehoods—A rapid, continuous, and repetitive volume of lies that exhausts and wears out the population.
I guess it's all moot anyway: Putin called Trump a liar.