In 2 years, more wind turbines will be scrapped than added in Germany

Solar City installations down 86% from peak

Analyst: Tesla would “be better off shutting the solar business down”

wsj.com/articles/softb…
Soft Bank’s spectacular failure is a result of the company’s founder viewing solar panels as similar to microchips

But information tech is utterly unlike energy tech

“In tech, ­ bet­ting big can dis­rupt mar­kets... But in infrastructure, it can­not.”

- in 2018, new renewables fell to lowest level since 2012 & would have fallen more had there not been increase in bioenergy, aka wood-burning, which is worse than fossil fuels

theguardian.com/environment/20…
In Germany, only 8% of massive transmission lines have been built due to local & environmentalist resistance

“The wind power boom is over,” says Der Spiegel

forbes.com/sites/michaels…
Renewables “revolution” was a mirage

Germany gets as much power from biomass, which is polluting, as from solar 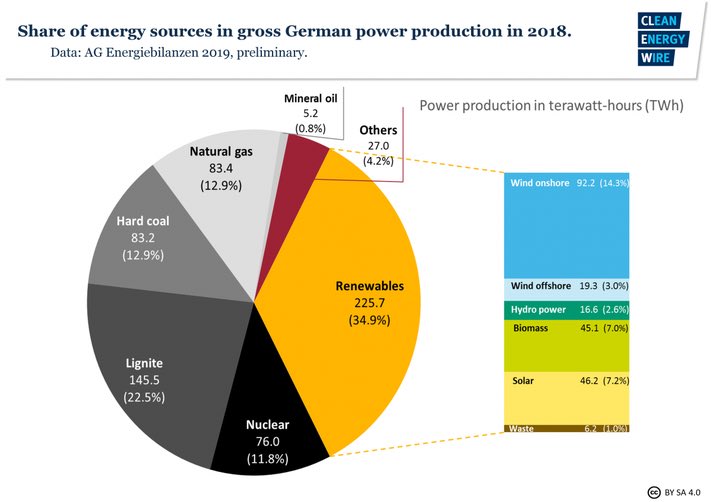 - they externalize onto society the high cost of adding unreliable electricity to the grid;

- they’re only profitable when heavily subsidized

forbes.com/sites/michaels…
The only “Green New Deals” that have worked were done with nuclear, not solar

forbes.com/sites/michaels…
Had California and Germany invested $680 billion into new nuclear power plants instead of renewables like solar and wind farms, the two would already be generating 100% or more of their electricity from clean (low-emissions) energy sources

forbes.com/sites/michaels…
No amount of marketing could change the poor physics of land-intensive renewables. Solar farms take 450 times more land than nuclear plants, and wind farms take 700 times more land than natural gas wells, to produce the same amount of energy.
The transition to renewables was doomed because modern industrial people, no matter how Romantic they are, do not want to return to pre-modern life.

The reason renewables can’t power modern civilization is because they were never meant to.