Failure stems from decades-long focus on climate/renewables instead of fortifying electric grid & a weak, distracted governor

THREAD twitter.com/ShellenbergerM…
As background, I have been investigating and writing on California's energy & environmental policies, including their historical roots, for the last four years

The story begins in the 1960s
Back in the 1960s, PG&E & other California utilities planned to replace the burning of oil for electricity with nuclear plants

The President of Sierra Club was a humanist & conservationist who supported building nuclear plants, including Diablo Canyon

environmentalprogress.org/big-news/2018/…
The pro-nuclear conservationists in the 1960s were opposed by two groups, anti-human Malthusian greens who opposed nuclear precisely because it was clean & abundant energy that deprived them of their power to fear-monger about resource scarcity, & state oil interests
Oil interests and anti-nuclear Malthusians joined forces under the leadership of Gov. Jerry Brown, first elected in 1974

Brown's advisor & fundraiser was father of current Gov. Newsom who worked for Getty Oil
As soon as he took office @JerryBrownGov took action to protect his family's oil monopoly and work to kill the building and expansion of nuclear power in California, which most threatened the wealth of his family & that of the Gettys & Newsoms

environmentalprogress.org/big-news/2018/…
How could they justify killing nuclear power plants while maintaining legitimacy as people who cared about the natural environment and air pollution?

The solar farms were technical and economic failures and wastes of taxpayer investments. They were mostly abandoned

The wind turbines installed devastated hawk & eagle populations
But secular, nature-loving people (eg Californians) can be easily tricked into thinking renewables are good for the environment because they are "natural"

This is the appeal-to-nature fallacy no different from buying food labeled "natural"
And so @JerryBrownGov @GavinNewsom et al used renewables as public relations cover in order to kill the only technology, nuclear, that can replace fossil fuels, in large measure to protect their own family's oil monopoly, in addition to fear-mongering about nuclear for 40+ years.
Under Jerry Brown & Gavin Newsom, California's governors have focused like a laser on awarding renewables & battery contracts to friends & political allies while killing the state's last nuclear plants, San Onofre & Diablo Canyon
The implicit (& possibly explicit) deal that Team Brown/Newsom cut with PG&E & other utility executives is that PG&E can raise electricity rates & give themselves millions in bonuses in exchange for building renewables & shutting down their nuclear plants 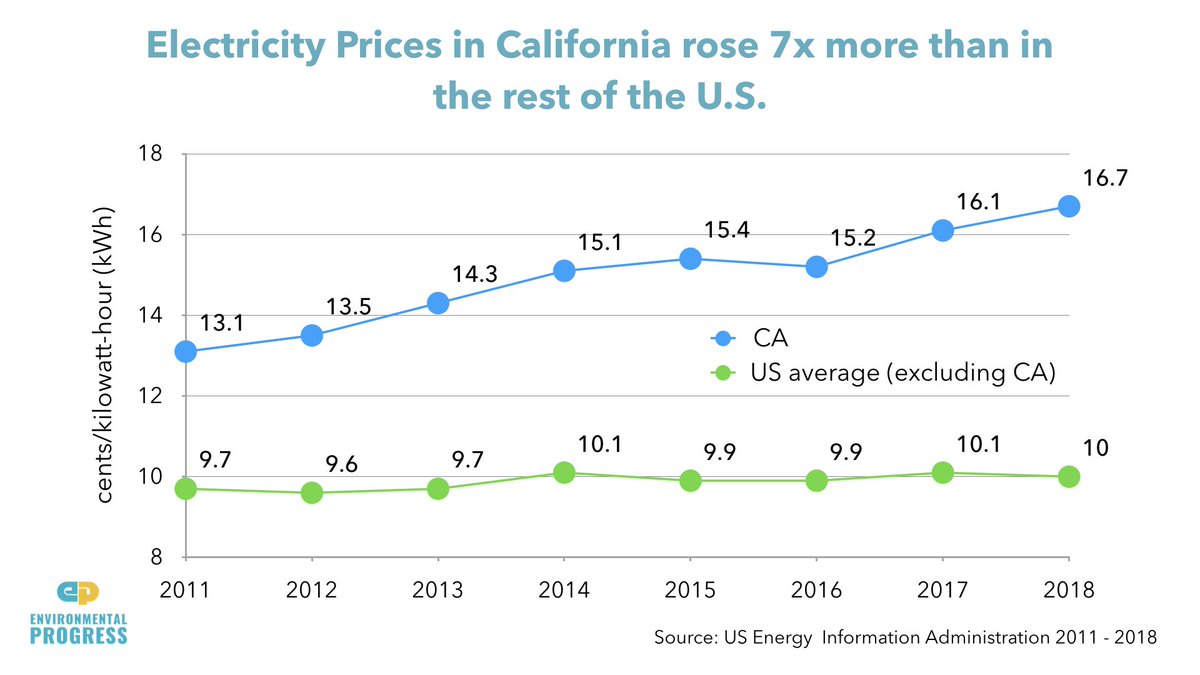 It's not as though Newsom/Brown weren't warned of electricity wire forest fire danger. They were constantly warned! But they sided with extremist enviros who not only were obsessed with subsidizing renewables and killing nuclear plants but also opposed basic forest management.
And so, in exchange for electricity prices that rose SEVEN TIMES MORE than in rest of the U.S., we now are suffering BOTH dangerous fires AND black-outs!

How is @GavinNewsom & PG&E planning to deal with these problems?

By raising rates even higher!
How do you think that will go over?

Well, consider that polling shows just 28% of voters approve of the PG&E bail-out while 35% disapprove of it.

latimes.com/california/sto…
In mean just look at this:

"Q: During your inaugural speech, you called for a “Marshall Plan” on affordable housing. Have we gotten that?

"Newsom: We could brand it as such"

When Gavin talks I'm reminded of the book, "On Bullshit"

At some point, Californians are going to realize that they care more about having cheap and reliable electricity than making sacrifices to the sun gods & shutting down cheap & reliable plants for superstitious reasons masking a financial agenda.
At some point, California news media will have to start reporting that it is the job of the governor to hold PG&E accountable, and that attempts by @GavinNewsom to evade responsibility are themselves a symptom of the culture of irresponsibility that pervades in Sacramento
@GavinNewsom How this for environmental sustainability?

Electricity is out for much of Nor. Calif.

My neighbor is running a loud, polluting diesel generator

I commuted to the office & emitted carbon doing so 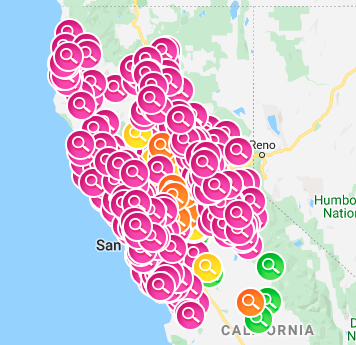 I hope that these black-outs are a wake-up call, but I am not optimistic

We Californians are tolerant — too tolerant

But even we have our limits